During every battle, Enemy Units will spawn from the enemy base and attempt to destroy the player's Cat Base. As of 10.9, There are currently over 550 different enemies, each found in different areas of the game. See Special Abilities. In addition to stats and abilities, most enemies have at...

EDIT: Mine is Cap Cap and Most hated enemy.. Not so sure.

Mine is scissoroo! What about you? 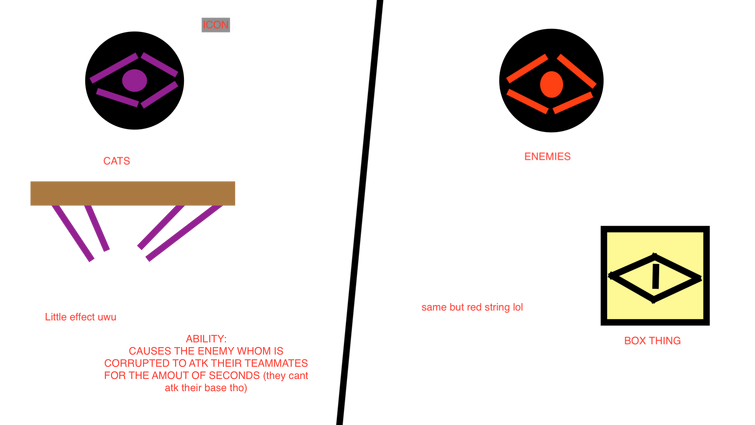 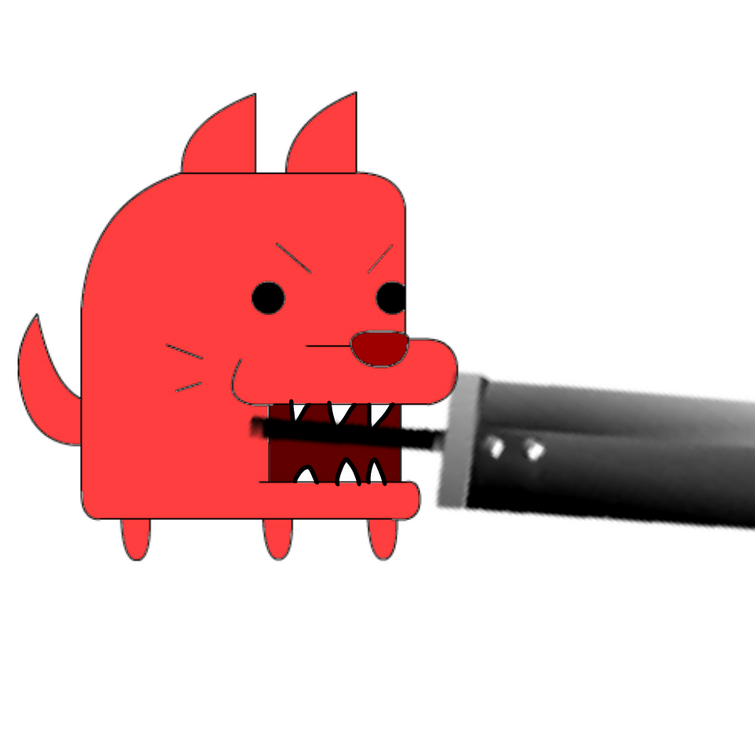 Shield. It's like Star Alien's Barrier but can recover each time the user takes a hitback

- Devil Variant of Those Guys:

- UL Chapter 38. Revenge of SoL Legend Bosses (Ururun, Lil Nyandam, etc). The First 5 stages are the copy of each boss's SoL stage with the new Demon Doge enemy. The last stage is fighting all SoL bosses at once.

- 異界のしもべ : another set of 4 stages featuring the new Devil enemies

- You now can skip Baron cooldown with Catamin

Description: An artifact even older than the Guardian Of Ancients. Created when dinosaurs still walked the Earth and manages to destroy the meteorite (after all dinosaurs die). Legends said that no warriors have ever braved this machine and its cursing fists.

Asking this so I can make custom enemies and levels better

I think we know how to make fan-made enemies at this point, right? Right? Good.

If you're going to try and be serious with your fan-made enemy, at least try to balance the stats. I learned that the hard way.

Angel Fanboy-Metal but not in the enemy guide

Cadaver Bear-Screw him, no wonder he has a screw in his head

Calamary-Winged pigge but not 100% chance

Camelle-We should take his kneecaps, they are too big.

Cat God (Cool Dude)-is he really that cool? he doesn't have that much fashion iq...

Celeboodle-This does have fashion iq tho.

Cli-One-Do you like how my face disintegrates into chalk

Cosmic Cyclone-Aliens use this beyblade in their free time

Dark Otter-He has the reality stone

Evil Emperor Cat-I thought he was on our side.

Filibuster Obstructa-Cool visor tho. but among us characters have visors... SUS

Gabriel-I wonder why the named him that.

Gobble-Ponos has to learn that his is NOT a peon.

Gory-He is kinda gory tho

Hannya-Satan has shown his face

Helmut Krabbe-His helmet would be good for war times... actually battle cats is a war.

Henry-Nice lamp, but not nice ability

Hermit Cat-We thought he was on our side

Hippoe-i wish i knew its gender

Hyppoh-well, i guess we know now.

Imperator Sael-Even if they have weird things growing from their head, seals are cute

Jackie Peng-Nice name but no one asked

Kang Roo-I bet the joey is scarred for life when seeing the boxing happen.

Kappy Jr.-The sleep paralysis demon of Duche be like

King Wahwah-i feel sad that i used to not understand the name.

Le'boin-we all thought boin was french.

Le'noir-turns out, only noir is. so what does boin mean?

Li'l Zyclone-I love how the description transtitions between the variants

Master A.-I think his tongue is the reason he does not have dating experience

Master Uril-We thought he was on our side.

Mooth-still don't know if it is pronounced differently than Maawth.

Mr. Mer-They have a merlion as an enemy, but not a panda. why?

Mr. Mole-when he moves i sometimes think he is a zombie.

Oldhorn-He still has a THAT though...

One Horn-Two horns but ok

Otta-smack-u-He do ought to smack you tho

Queen Mother V-î but for boomers

Razorback-He does kinda have razors on his back.

Relic Bun-Bun-I wonder how they made bread buns in the olden days.

Shy Boy-I thought he was shy, but he rushes out to us.

Sir Rel-I do not appreciate.

Teacher Bun Bun-i can hear the ground shake when he attacks. science, amirite?

The Cat God-I thought he was on our side, i guess no one is really on our side.

The Face-he's not that scary, though.

The Perfect Cyclone-the rushers do not think he is perfect. niether does sadako

The Thrillerz-one of them is holding his own head.

Those Guys-Who are they though?

Two Can-No, only one can.

Urs & Fenrir-I thought he was on our side

Ururun Wolf-I thought he w-i will stop doing it now.

Zamelle-The only thing nighthunter saki might be good against.

Zang Roo-I wonder who's skulls those are...

Zoge-The meme did die, though.

Zollow-If he spawns with a boss wave, better have your slow beam.

Zuche-i don't know what he's running from, but i hope that is a good thing.

Zyclone-congracts, you made it to the end. now go play unholy tempest and it will destroy u e 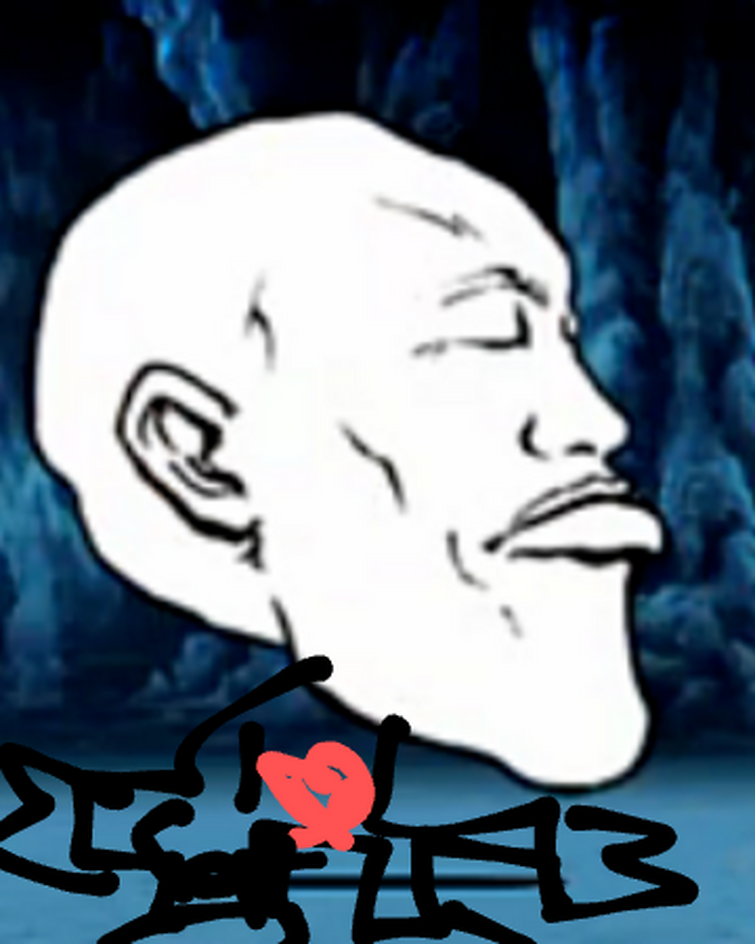 Desc:A doge dark found a knife and he went on a killing spree!

It's name is Prototype C.A.T.

-It's attack happens every 3 seconds

-It has no movement

-It's attack animation is 0.85 seconds long

-It has every single ability in the game, all have a 100% chance of occuring, only one can occur at a time

-It's also immune to every single thing

-It also has Summon (100%), that summons a random enemy, depending on what unit it is

-It has Area Attack

-It has Long-Range (Extremely Long-Range, all the way to the base)

-It is currently in two stages, A Flying Saucer?! and Heavenly Tower Floor 77

It looks like a UFO and has a cat inside of it. It's Red/Black/Metal/Angel/Alien/Zombie/Relic. Upon killing this unit, all the deadly bosses spawn, in both debut stages, all at 200%.

So basically i decided to make this cuz i am bored,and wonder what will happen over night. basically all enemies. comment from order with some buffs and that stuff. rewards alllowed. idk about the rest just wondering what shall happen

I've been wondering how many hard enemies outnumber easy ones, and by how much. It'd be great if someone filled me in on the numbers.