Anubis the Protector is an Uber Rare Cat that can be unlocked by playing the Rare Cat Capsule during The Almighties: The Majestic Zeus event. True Form added in Version 9.10 grants Knockback Immunity and increased health and attack power.

Evolves into Anubis the Unblemished at level 10.

Evolves into Almighty Anubis at level 30 using Catfruit and XP.

This unit is strong, but not recommended in most situations; use him against armies that do not get pushed around much, as Anubis has a tendency to miss and go into enemies' attack because of his high speed and long foreswing. His immunity to wave attacks gives extra opportunity to deal with wave enemies like Pigeon de Sable or bosses like Crazed Gross, Crazed Titan or their Manic Forms, as well as Floor 30.

His immunity to slow allows him to fight enemies with Slow ability such as Croakley. He also has Zombie Killer, allowing him to fight Zombie enemies to a degree. Overall, this cat has a lot of abilities but doesn't excel at any of them: he has great damage and a variety of abilities and immunities, but his tendency to miss and the fast speed with long idle time between attacks cause him to die before doing too much under most circumstances, making this unit challenging to use, but otherwise quite strong and versatile.

Due to his tendency to rush ahead, it is not recommended to use the regular or breakerblast cannons when he is idle.

Almighty Anubis gains small buffs to his health and attack, solving none of his issues and keeping him fairly unimpressive for when it can first be obtained. So, his True Form should be of low priority to get.

With Talents, he gains Surge immunity, which helps him against a multitude of enemies, most notably Akus, Kappy Jr., and the Surge Base. The chance to do a Surge Attack can only realistically serve as a damage boost due to where it can spawn, making it, basically, a less consistent attack up talent. Barrier breaker is nice but often superfluous, while the stat boosts should only be activated after boosting this unit's level first, only if one wishes to have an anti-surge powerhouse.

*First stats are 1st form's initial, second and third stats include 300% Empire of Cats Treasures; recharge time may vary.
*Time between attacks is the time from the attack's execution to the start of the next attack (includes backswing).
*For units with multi-hit attacks, attack animation is the part of the animation leading up to the first hit.
*Fruit Treasures not included.
*See this section to calculate Anubis the Protector's stats. 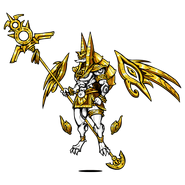 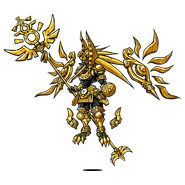