Battle Cats Rangers (にゃんこレンジャー, Nyanko Renjā, lit. Nyanko Ranger) was a spin-off title of The Battle Cats/Nyanko Daisensou that started its pre-registration from April 13th, 2017 and released on April 27th, 2017. Developed by PONOS, Memory Inc and YD Online Corp. It was shut down on March 29th, 2019.

◎Easy control◎
・ Tap, tap with finger and the hero cat will zap, zap the enemies!
・ The Battle Cat team will auto-attack the enemies!

◎Unlimited loops for the joyride◎
・ Prestige to collect keys and enhance the battle cat hero!
・ Get mysterious treasure after prestige!
・ Solve the enigma and combine battle cat teammates to wear special buff!
・ Summon spirit to power boost the battle cats!

Battle Cats Rangers was a simple tapping game; tap the screen to attack enemies that endlessly stream towards your cats. You wouldn't take any damage, and there was no time limit, although while fighting bosses you would only have 30 seconds to defeat them. If you were unable to defeat a boss, then you would have to wait until you leveled up. You could earn new playable characters, as well as teammate cats, both of which could be upgraded. Cat Combos could be unlocked and used by selecting certain cats, which gave certain bonuses to your team. There were treasures to collect, which were earned through Prestiging, which also give bonuses. There was a daily bonus of a set amount of Cat Food, and there were many opportunities to watch ads in order to earn Cat Food or coins.

The game had reached 100,000 pre-registrants on April 16th, 2017. Below are the rewards: Rewards that were sent to BC Rangers players:

Rewards that were sent to Battle Cats players: 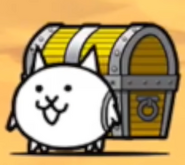 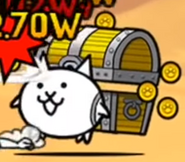 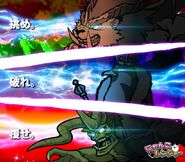 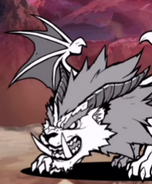 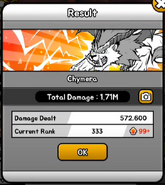 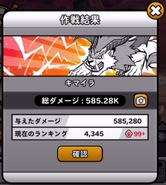 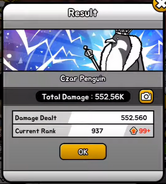 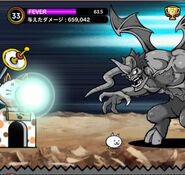 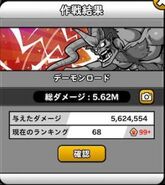