Bears be Bare (雛壇の戦士達 Hina Dan no Senshi-tachi, Warriors of the Hinadan) is the March event in Nyanko Daisensou and The Battle Cats.

During this event, access the "Bears Be Bare" stages by visiting the "Stories of Legend" game mode!

New enemy "Audience Bears" await you! There might be something interesting at the end of the quest!

Finish the stage and get a chance to obtain the event-exclusive Doll Cats! 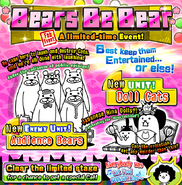 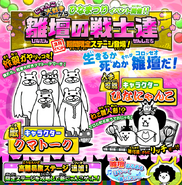 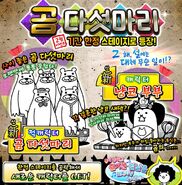 Add a photo to this gallery
Retrieved from "https://battle-cats.fandom.com/wiki/Bears_be_Bare_(Monthly_Event)?oldid=389059"
Community content is available under CC-BY-SA unless otherwise noted.