Canopy Altar is the fourth stage in Ancient Forest Labyrinth. 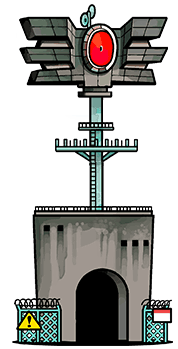 Recommended Talents: Juliet the Maiko Freeze Up, Sanzo Target Angel, Can Can Bounty

At the start, spawn Bullet Train and Can Can to kill the Relic Doges. Try to kill the Li'l Bun Bun with Can Can for more money. Kill Raynard with Can Can, and trigger the base when ready. On the boss wave, lure the Li'l Bun Bun, and start stacking Sanzo, Can Can, Fishman, Juliet, and Time Traveller. Meatshield until Sanzo gets a slow proc on the Li'l Bun Bun. When St. Dober gets near the base, use either your Thunderbolt or Slow Beam to stop him from attacking so your Juliets can hit him. Make sure to not deploy Bullet Train as it will die before getting a hit in. When St. Dober gets knocked back, your stack will die. You need a lot of RNG to not lose here, so lure him back and start stacking again. Once he dies, the stage is free to win.