Emilia & Cat is a Rare Cat that can be unlocked by completing any stage in Kaohsiung Metro Light Rail during the Kaohsiung Rapid Transit Collaboration Event.

Unlike the other units found in her collab, Emilia & Cat has rather good uptime on her Freeze against Angel enemies thanks to her multi-hit attack, making it significantly easier in theory to get a reliable perma-freeze out of her. Unfortunately, she remains ineffective due to her terrible stats and range, which limit her usage to Heavenly Hippoe, Angelic Gory, and Boraphim. Her Single-Target attacks cut this down even further, as the former two tend to spawn in large numbers, making her way too situational to see proper usage. By the time the player is seeing Angel enemies, they'll likely also have Juliet Cat or Rocker Cat, both of which are way better at stopping the advancement of these enemies, so the only usage Emilia will have by then is as User Rank.

*First stats are 1st form's initial, second and third stats include 300% Empire of Cats Treasures; recharge time may vary.
*Attack frequency is the time between an attack is delivered and the next.
*For units with multi-hit attacks, attack animation is the part of the animation leading up to the first hit.
*Fruit Treasures not included.
*See this section to calculate Emilia & Cat's stats. 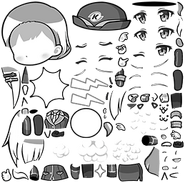 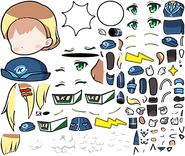