UL: Sub-chapter 44 - Stars in the Tumbler

The Gardeneel Bros. are extremely weak both offensively and defensively, but they more than make up for it with a long-ranged attack that warps cats forward by 1375 range. While this ability does teleport your cats straight into their blind spot, it can also cripple your backline attackers and allow the enemies' front lines to advance with ease, making them a force to be reckoned with in many of their appearances.

If there are not many enemy attackers, then you can try to snipe the Gardeneel Bros. with a Long Distance unit. There is not much trouble with them warping a stronger unit, as then that unit will kill Gardeneel Bros., but don't let snipers get warped or they could end up somewhere with enemies in their blind spots.

Another strategy is to use damaging meatshields like Maximum the Fighter or spammable attackers, as they could be warped into the Gardeneel Bros. and kill them off. This is a good strategy if they have a lot of support in the way. If they do not have support from the backline, you can try to get them to warp a heavy-hitting unit such as Awakened Bahamut Cat to kill them and destroy the enemy base. 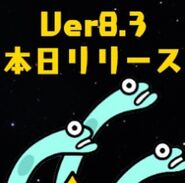