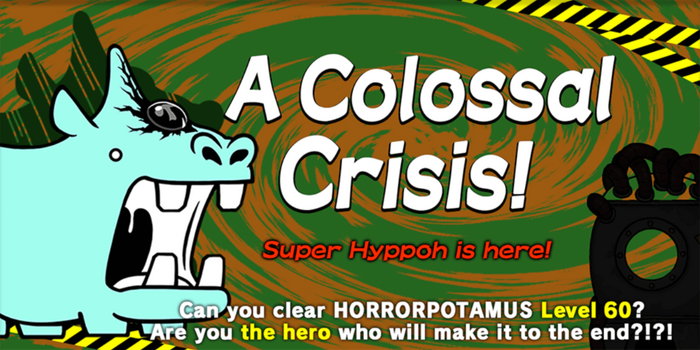 Horrorpotamus (デッカーバチャン Dekkābachan Kyōshū, Giant Hīppo-chan's Assault!) is an event added in version 9.8. Like all Gauntlets, progress made in Horrorpotamus will reset when the event ends, allowing the player to collect the rewards again once the event returns. The boss of this Gauntlet is Super Hyppoh, a variant of Hyppoh with a lot more knockbacks, long-reaching Omni Strikes, and a 100% chance to slow Cat Units.