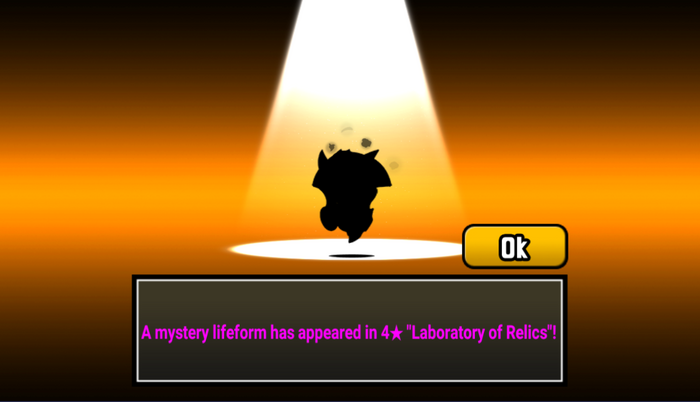 This article is about the Cat Unit. For the enemy, see Idi:Re (Relic).

Idi:N is a Special Cat unlocked after clearing the Eldritch Forces Invasion which appears after beating all Stories of Legend sub-chapters on 4-Crown difficulty. She was added in Version 9.9.

Use this "cat" as you would use Awakened Bahamut Cat or Sanada Yukimura. Her high damage against Relics and fast movement speed make her ideal for Loris in particular, but she can easily kill most Relic peons as well. Just be wary of her health, as Relic enemies tend to deal very high damage.

Her immunity to Surge Attacks is mostly useful for the Surge Base, Evil Emperor Cat, Aftermath enemies and maybe Raynard, as Kappy Jr., St. Dober and Master Uril would easily kill her with their normal attacks before she does anything relevant.

*First stats are 1st form's initial, second and third stats include 300% Empire of Cats Treasures; recharge time may vary.
*Attack frequency is the time between an attack is delivered and the next.
*For units with multi-hit attacks, attack animation is the part of the animation leading up to the first hit.
*Fruit Treasures not included.
*See this section to calculate Idi:N's stats.