This article is about the Cat Unit. For the enemy unit, see Lord of Ruin Jagando (Aku).

Jagando Jr. is a Special Cat that can be unlocked at a 100% chance when beating the Mount Aku/Mount Fuji Invasion. It was added in Version 10.9.

Evolves into Lord of Ruin Jagando Jr. at level 10.

In practice, Jagando Jr. is a nice support anti-Traitless unit who synergizes well with Macho Crystal Cat, Cyberpunk Cat, Tourist, and other anti-Traitless Cats. Jagando Jr.'s generalist value is lacking, and is not his main niche nor should he be intended to be used as a DPS unit; Slapsticks, Talented Housewife, and other far, far superior DPS units exist and are thousands of times more accessible. Fortunately, his guaranteed Surge Attack can serve as a helpful multiplier, dealing a total of 36,720 damage to Traitless enemies, if not double if the Surge hits. Jagando Jr.'s Surge and Curse immunities are nothing to dismiss either, and it makes him a prime choice for stages like Floor 50 and Flow Like the Stream, even if his Curse Immunity is not as handy as Surge Immunity. Topping this all off, Jagando Jr. has guaranteed Knockback on his final hit, ensuring that any traitless enemies are pushed back for his safety. He's a prime choice for 4-crown stages involving Traitless enemies that he outranges, and helps synergize and defend your other Restriction DPS units, serving well in the 4 Crown Difficulties of the The Noble Tribe, Procrastinator Parade, No Return Flights, and more.

*First stats are 1st form's initial, second and third stats include 300% Empire of Cats Treasures; recharge time may vary.
*Attack frequency is the time between an attack is delivered and the next.
*For units with multi-hit attacks, attack animation is the part of the animation leading up to the first hit.
*Fruit Treasures not included.
*See this section to calculate Jagando Jr.'s stats. 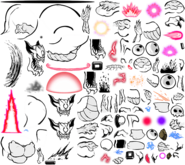 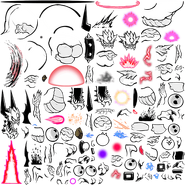