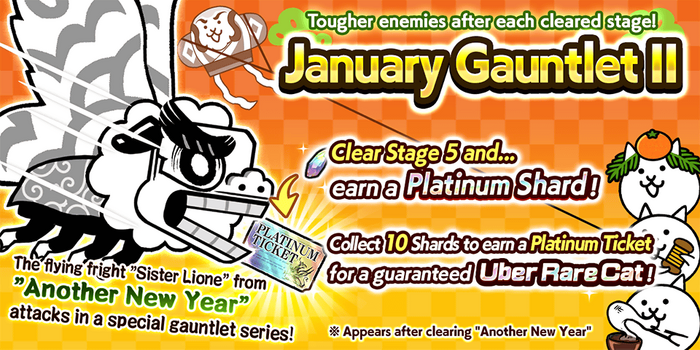 January Gauntlet II (続・1月強襲！, Zoku・1 Tsuki Kyōshū ！, Continued・January Assault!) is a Gauntlet that only appears during January and was added in the Version 11.0 Update. It features enemies from the Another New Year event.

January Gauntlet II contains a total of 10 No Continues stages, called Another Year Lvs (あけてました Lvs.). After beating a Another Year Lv, the player must wait for 30 minutes before they may enter the map again. Rewards for the first completion of a Another Year Lv can include Battle Items, one Platinum Fragment and Catamins. The rewards reset with every appearance of the event.