View source
watch 01:54
Arcane: League of Legends - The Loop
Do you like this video?
Play Sound 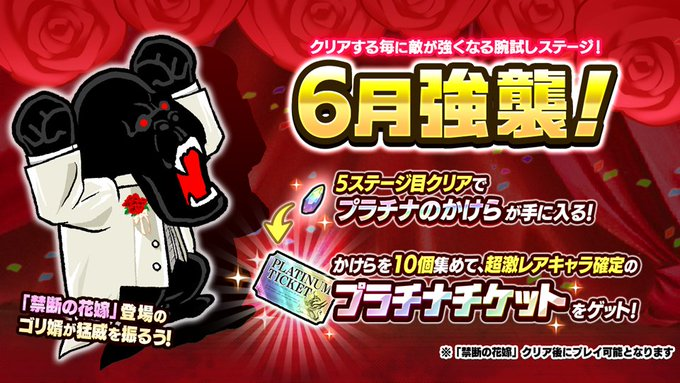 June Gauntlet (6月強襲！, 6 Tsuki Kyōshū ！, June Assault!) is an stage that only appears during June added in the Version 10.6 Update. This Gauntlet features enemies from The Forbidden Bride event.

June Gauntlet contains a total of 10 No Continues levels, called Forbidden Lvs (Forbidden Lvs.). After beating a Forbidden Lv, the player must wait for 30 minutes before they may enter the map again. Rewards for the first completion of an 禁断 can include Battle Items, one Platinum Fragment and Catamins. The rewards reset with every appearance of the event.