Kasli the Bane is an Uber Rare Cat that can be unlocked by playing the Rare Cat Capsule during the EPICFEST or SUPERFEST events. Unique from all other EPICFEST banner Ubers, her abilities are effective against both Traitless and Traited enemies. She was added in Version 9.5.

Evolves into Kasli, Daughter of Chaos at level 10.

Kasli the Bane is a very powerful unit when it comes to stats. The combination of high health and 5 knockbacks leads her to stay alive for a long time when summoned. Thanks to the powerful surge, she is also able to deliver high and consistent damage to midrangers and backliners, such as Le'noir and R.Ost, while also intercepting incoming peons and keeping enemies that are extremely easy to knockback at bay, such as Gory variants, Brollow, Rain D. and Mr. Puffington. Lastly, she can even be used for "base trapping": if you have her hit a base and trigger a boss wave, her surge will instantly hit and severely cripple anything that comes out, sometimes making a massive difference. Just remember that due to her blindspot, she will not perform too well against zombies and short ranged pushers, such as Bore or One Horn.

Damage isn't all she has though: her curse ability lets her disable enemies' Knockback, Slow, Freeze, Weaken, Warp, Curse, Dodge Attack and Toxic abilities. Since it has good uptime, this makes her even more useful against enemies with annoying abilities like Super Metal Hippoe, Crazed Axe Cat, Henry, Winged Pigge, Gobble, Heavenly Herald Papuu, and all Relics. There are, however, rare instances in which her Curse ability can be counterproductive, such as against some units with Warp, who would become unable to warp any attackers they reach to safety. This is most notable against Final Boss Giga God.

Her immunities to Wave Attacks, Warp, Curse, Weaken and Surges further help her with the threat posed by such abilities, especially in Uncanny Legends, Cats of the Cosmos and The Aku Realms.

Overall, she's an extremely powerful unit that holds her edge all the way into the endgame and has almost no drawbacks.

*First stats are 1st form's initial, second and third stats include 300% Empire of Cats Treasures; recharge time may vary.
*Attack frequency is the time between an attack is delivered and the next.
*For units with multi-hit attacks, attack animation is the part of the animation leading up to the first hit.
*Fruit Treasures not included.
*See this section to calculate Kasli the Bane's stats.

Kasli is available in Merc Storia as a 5-star unit during the 7th collaboration with The Battle Cats in 2021 via the collaboration gacha. 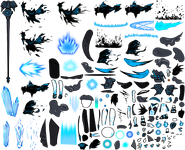