Koronium is a dangerous Metal enemy. Don't let his 150 health fool you, as Koronium, just like most Kory variants, is able to create a powerful Wave Attack each time he hits a unit. Koronium also has more range (240) and attack power (15,000 for the initial hit, plus another 15,000 from the Wave Attack) than other variants.

Critical Hitters are almost mandatory to turn this eccentric koala into scrap metal. Do not use anything with a range less than 240 (except perhaps Wave Shields). These units will only be stepping stones for Koronium to unleash a wave and shred the rest of your units! The use of meatshields is recommended to try to blot out his Wave Attacks. However, beware as this koala has ridiculous amounts of DPS that can shred Mightycat and Octopus Cat. Long-ranged Wave Shields like Hatsune Miku: MM2020 Tokyo, Eva Unit-00, Cat Machine Mk 3, and Doom Engine Pandora (luring is needed with Pandora) can easily counter him though.

He hits considerably hard up close, so getting past his range buffer of 240 by using ranged Critical Hitters such as 100 Million Dollar Cat, Curry Cat, Space Marine Cat or Cameraman Cat with Talents is worth it. Talented Lollycat is also very good at delaying him, though beware that it requires a lot of NP for a powerful yet situational Talent.

If you have E. Kubilan Pasalan, this enemy will be a joke - not only can E. Kubilan take him out in one shot, but his waves can also reach him from a faraway distance. Hayabusa can also OHKO him while being able to tank at least one wave from him (depending on the level and magnification), and his Long Distance allows Hayabusa to more easily target Koronium amid a crowd of enemies. 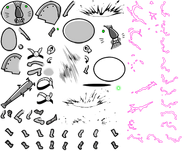