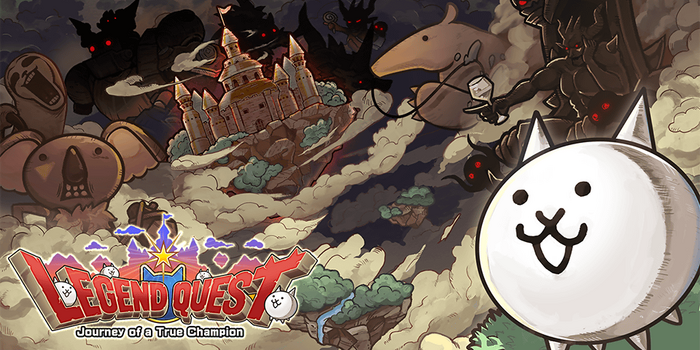 Legend Quest (レジェンドクエスト Rejendokuesuto) is an event added in the Version 8.6 Update. It is one of the few sources of Legend Catseyes.

Legend Quest is a map somewhat similar to Heavenly Tower, with 48 stages, called LEVELs, in total. Each LEVEL is a random Stories of Legend stage that provides a random lineup. All LEVELs are No Continues, and exiting a battle within 10 seconds will not refund items or energy.

In addition to energy, the LEVELs require Crowns to access. The player will begin with a set amount of Crowns, which is equal to the number of Stories of Legend Crown difficulties they have cleared.

Legend Quest's LEVELs are randomized. Upon starting LEVEL x, the game will pick a random stage from Stories of Legend sub-chapter x to x + 1. For example, LEVEL 1 is a random stage from The Legend Begins or Passion Land. However, it is not completely random - LAST LEVEL (48) will always be Eldritch Forces, the final stage of Stories of Legend. Once a stage is picked, it will not change until the event's next appearance. Stages are on 1-Crown difficulty, and the Enemy Lookout can be used to see the enemies in a LEVEL before starting it.

Legend Quest will change the player's lineup upon entering a LEVEL, but it will not be a complete change. Cats will be swapped with random other cats that the player has. The number of cats swapped is random. Unit forms are the same as those currently selected in the Upgrade Menu (i.e., if Cat is currently selected, its form will not be changed to Macho Cat or Mohawk Cat). Empty slots in a lineup will not be filled. The more the player attempts a LEVEL, the less likely it is for a cat to be swapped.

The chances of cat randomization by attempt number: