Lone Cat and Kitten is a Rare Cat that can be unlocked after beating the stage Deeply Dreaming appearing on the 9th, 10th, 23rd and 24th of every month. True Form increases health and freeze duration.

Evolves into Vendor Cat and Kitten at level 10.

Evolves into Tourist Cat when obtained from Revenge of the Dreamer (guaranteed to drop) and is level 20 or above.

Use this cat to stall and push back strong Traitless enemies with slow attack rates or strong pushers like THE SLOTH, R.Ost or even Camelle. This helps your Cats land additional hits in instances where they would usually die from the enemy's attack. If the Traitless enemy is not heavily supported, you can use Lone Cat and Kitten to push it all the way back to the enemy base and destroy it without killing the enemy.

Like all units with knockback, it can be suicidal to use them. Not recommended on stages like Murmuring Evil.

Tourist Cat gains health and a longer freeze duration. This, by itself, doesn't bring much improvement, if not for one exception: enemies he hits are more prone to being comboed, that is, if his target has a slow attack or slow movement speed, Tourist will hit them again before they can land an attack on him. This also makes it much easier for him to survive some attacks or to stall Traitless enemies for very long when paired with certain other Cats, notably Healer Cat CC or Crystal Cat, as they can each cover the same niche, greatly reducing status effect downtime against dangerous Traitless foes.

*First stats are 1st form's initial, second and third stats include 300% Empire of Cats Treasures; recharge time may vary.
*Time between attacks is the time from the attack's execution to the start of the next attack (includes backswing).
*For units with multi-hit attacks, attack animation is the part of the animation leading up to the first hit.
*Fruit Treasures not included.
*See this section to calculate Lone Cat and Kitten's stats. 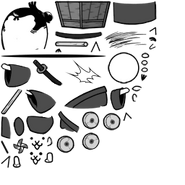 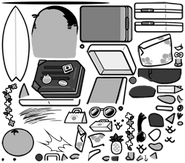