Love is Sickness (コイの五月病, Koi no Gogatsubyō, Koi May Disease) is the May event in The Battle Cats. 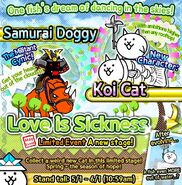 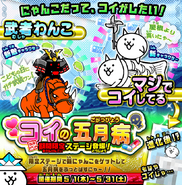