対決！メルクストーリア (Taiketsu! Merukusutōria), 2-star and 3-star difficulty are available in the second event. (Each stage has a battle restriction) 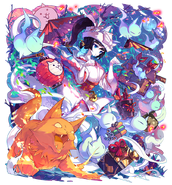 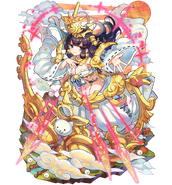 Shining Amaterasu
Add a photo to this gallery

The Collab Gacha, notice the switch on the top-left 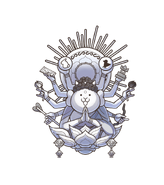 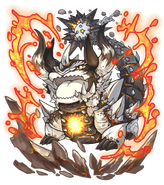 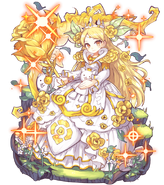 Megaphrodite
Add a photo to this gallery 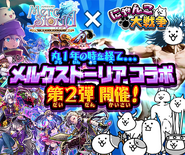 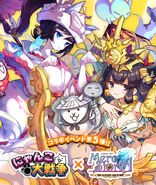 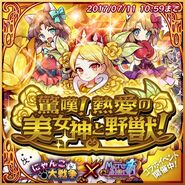 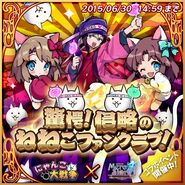 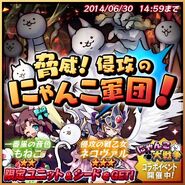 Retrieved from "https://battle-cats.fandom.com/wiki/Merc_Storia_Collaboration_Event?oldid=324764"
Community content is available under CC-BY-SA unless otherwise noted.