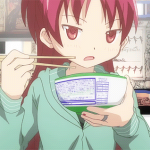 Pretend this is a "REMINDER" sign and read it (Please don't delete this, Xavier, I'm trying to help. T^T)

If you have Discord, just connect to the Wiki's server (literally shown at the right) and find "Xavier", then message that person through Direct Message instead.

Sorry for your inconvenience, and thank you for your cooperation!

Stolen from 7GameMaster since my wall gets bombarded with new threads.
https://battle-cats.fandom.com/wiki/Board:Questions_and_Answers
I have to put that fucking link back because I'm getting questions again.