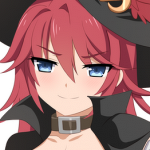 Whenever someone messes up somewhere in the wiki or when you fine a page that is filled up with shitty strats or the formatting is wrong, please don't hesitate to inform me. I'll respond as soon as i get online to it if another mod hasn't fixed the mess yet. If you want to start an argument with me by something i've said instead of being productive and informing me of any issue in the wiki or what can be improved here, then get outta my message wall.

Also, I may be inactive or take a lot to respond, but also understand that I have a life and a girlfriend to take care of, as well as the fact 99% of the BC playerbase is just a crippling pain in the ass to talk to, so I cannot be here all the time. Note that every now and then I purge this place up to keep it clean and smooth.

For normal chit-chatting, I do have a Discord server , though I let my thoughts wander too freely in here so it's pretty much the place where my dark side wanders on.