Mighty Deth-Troy-R is an Uber Rare Cat that can be unlocked by playing the Rare Cat Capsule during the Frontline Assault Iron Legion event. It was added in Version 10.10

This Cat Unit behaves much like a pre-true form Bahamut Cat, hitting hard from the backlines but with a slow recharge, so it should be protected well, but it will do everything in its power to stay alive regardless, staying in the back, attacking from afar and tanking some good damage if everything else fails. It isn't a good generalist due to its long foreswing and low base damage either.

What stands out is that range and damage are both excellent, especially against the traits it targets, making for an excellent Anti Angel attacker; one of the best, stat-wise. Use it in tandem with Artist Cat and Angels will fall like nothing. Its high health makes it effective in presence of Sunfish Jones, while its range lets it stay safe from even St.Dober, resulting in a good matchup every time! The only Angels that may trouble this unit are Youcan, Papuu and Clionel, making Diabolosa safe to bring in mainly angelic stages.

Against Zombies, Diabolosa is not as effective and suffers the problem of Mighty Drednot, but the health tends to offer good enough survivability from un-burrowing or already burrowed foes. The only real issue comes in the concrete possibility of remaining isolated, meaning that it is best not to send it out too early. With some care, its health, damage and decently fast attacks will often result in this unit surviving for very long and making a difference in a fight.

The long range and high health also make this unit excellent against Akus, as it can often avoid being hit by Aftermath Surges and tank the damage if it can't avoid them. It might lack Shield Piercing, but it more than makes up for it with its high DPS, resulting in this unit being very effective against almost every Aku enemy introduced thus far, including both Mamon's encounters and Jagando's stage. If the units in charge of protecting it fail to do so effectively, however, know that it may die early and never come back in time, so investing in its protection is a must. Shield Piercers are still recommended to use alongside this unit, such as it can get the most of its damage by striking Aku enemies down without wasting time on breaking shields.

So in a summary, this unit is a low cost powerhouse with excellent compatibility against 3 traits and good generalist stats, especially range, who can usually survive along time, but all it takes is a slip-up that causes its death and another Diabolosa is unlikely to be available before it's too late.

*First stats are 1st form's initial, second and third stats include 300% Empire of Cats Treasures; recharge time may vary.
*Attack frequency is the time between an attack is delivered and the next.
*For units with multi-hit attacks, attack animation is the part of the animation leading up to the first hit.
*Fruit Treasures not included.
*See this section to calculate Mighty Deth-Troy-R's stats. 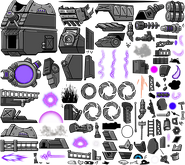