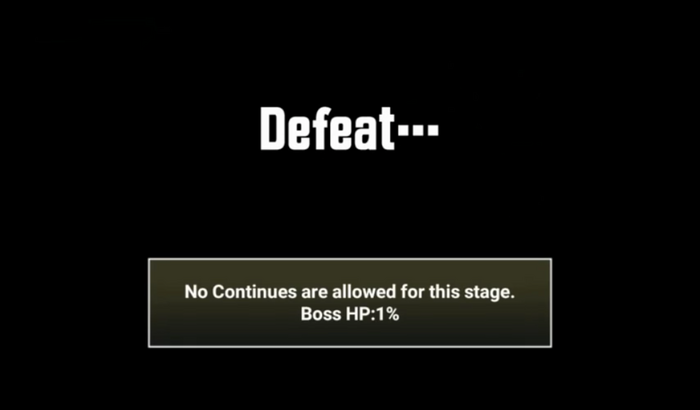 No Continues (コンテニュー不可, No Continuation) is a restriction found in certain Legend Stages. As the name implies, if the player's Cat Base reaches 0 HP, a message will appear with the boss's health (if there is one) in %, but no option to continue using Cat Food. Then it will show one of the messages displayed when losing a battle and force the player to return to the map or Cat Base Menu. If the player tries to do the Force Close trick on a No Continue stage, the game will take them straight to the menu without asking if they want to continue the stage, and the Energy and Battle Items used will be lost.