During this event, an exclusive Gacha pool is available, which contains many characters from Princess Punt.

*To get Princess Punt characters, go to the Rare Cat Capsule, and switch to this Gacha.
*Each category has a specific chance to drop, other Cats won't be discharged from this Gacha.
*There is no First Gacha Discount for this Gacha.
*If this Gacha does not appear, the player needs to update Battle Cats to the latest version (9.2).
*KHM48 and Crazed Kerihime can be upgraded to True Form in update 6.1 of the game, scheduled to appear during the 2017 collab period.
*True Form can be unlocked even after the collaboration.

Princess Punt stages is up during the event, with exclusive enemies and drops. Collab stages are listed in the "Start!!" button, from the Stories of Legend menu. Playing 「ケリ姫ステージ」 to unlock a Special Cat Cat Princess, and 「魅惑のプリンセス」 to get the Super Rare Sleeping Beauty. Each Cat has certain drop rate in each stage, but more difficult stage cleared, the higher chance to unlock them. Using Treasure Radars to get them in one-shot. Clearing each chapter will reward the player 30 Cat Food.

Two new Awakened Stages were added. One for Kerihime, and one for Sleeping Beauty. Each stage contains 2 levels, similar to Buyable Special Cats.

*To upgrade them to True Form, the characters needs to be at level 20.
*Their True Forms still be unlocked if the player beat the stages then get the Cats after.

By tapping the button on the bottom of the collab's poster, with is accessible in the Event Information "i" button. The player will receive the Special Cat Kerihime and a Rare Ticket. If the player already unlocked Kerihime, 1 Rare Ticket can still be received.

*The player need to update the game to its latest version. 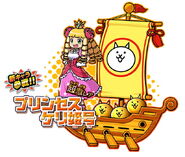 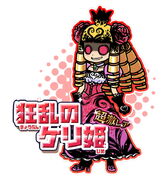 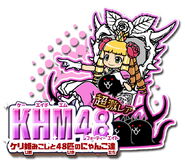 Chibigau • Swordsman • Cow Princess
Add a photo to this gallery

Retrieved from "https://battle-cats.fandom.com/wiki/Princess_Punt_Sweets_Collaboration_Event?oldid=388957"
Community content is available under CC-BY-SA unless otherwise noted.