Ranking Dojo (ネコ道場にてランキングの間) is an event that first appeared from July 31st to August 7th, 2017. This event was officially added in the 6.3 update. The Ranking Dojo is accessed from the Catclaw Dojo menu, so the player needs to unlock the Catclaw Dojo feature in order to participate by completing Chapter 1 of Empire of Cats. 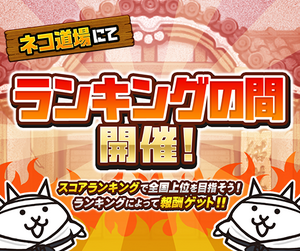 During this event, the cat on the front door is replaced with the ranking as shown below. A new, blue-colored Dojo area called the Arena of Honor is available aside Hall of Initiates. On the right from top to bottom are the Rewards List button, the Ranking Chart and personal statistics including personal high score, personal ranking in percentage and personal title: 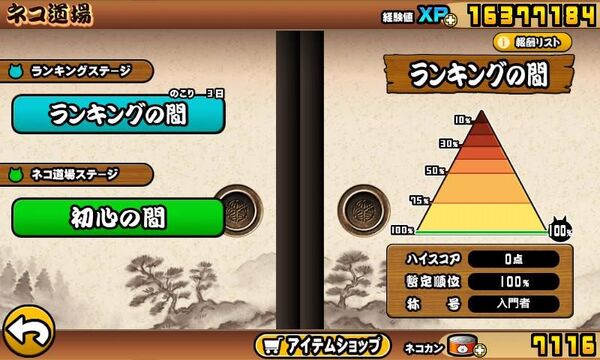 The player has 3 instead of the usual 5 minutes limit during a Ranking Dojo stage (ランキングステージ, Ranking Stage). These stages require 1 Cat Food or 30 Energy to play. If the player exits the game during the battle, Cat Food won't be refunded. Other than that, stage's gimmick is same as regular Dojo Stages: 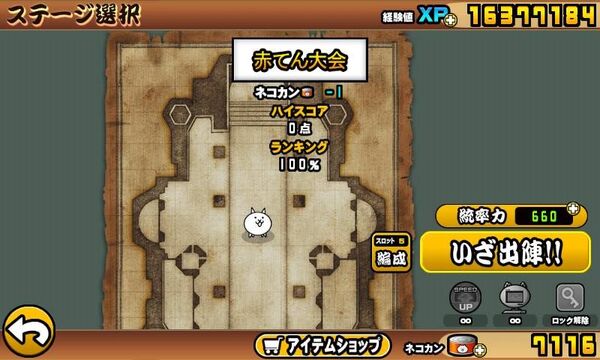 After clearing a Ranking Stage, the player will be given a title depend on the score, this requires Internet connection to update the ranking. 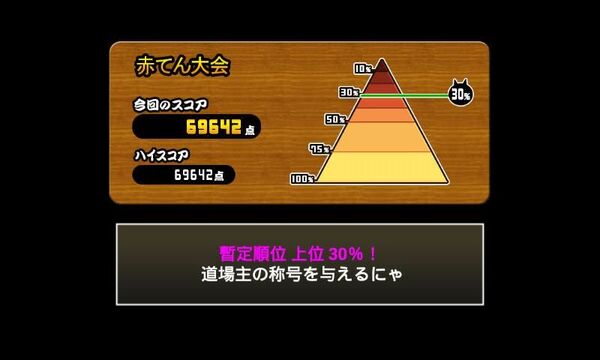 Depends on personal ranking in percentage, the player will be given a title and receive rewards sent to their mailbox found in the Main Menu.

When the Ranking Dojo was first released, all rankings gave the player 20 Cat Food. This was later changed to compensate the players' effort in the rankings.

There are more cautions besides Internet connection during this event:

※Some time after the event, the result announcements and rewards will take place, although it may take a bit of time to apply them
※Illegitimate activities such as modifying data will result in disqualification; the account may be banned under certain circumstances
※Ranking Dojo will be accessible as long as you have cleared EoC Chapter 1

Notice first time
Add a photo to this gallery

Retrieved from "https://battle-cats.fandom.com/wiki/Ranking_Dojo?oldid=272904"
Community content is available under CC-BY-SA unless otherwise noted.