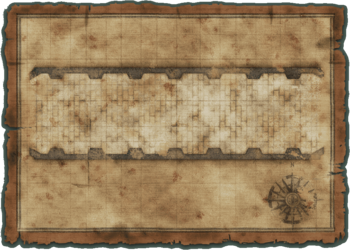 Rose-Colored Road (バラ色の袋小路, Barashoku no Fukurokōji, Rose-Colored Dead End) is the 42nd sub-chapter of Uncanny Legends, and the 91st sub-chapter overall. It was added in Version 11.2 and is currently only available in 1♛ difficulty.

This sub-chapter is about as difficult as its predecessors, or a little more. It features all traits of enemies and a great variety of stages, from gimmicky to spam to a stage with an enemy limit of 2. Players will have to adapt to multiple situations and have an army prepared for various types of stages, increasing the chance of finding a weak point.