For the campaign with a similar name, see Silver Week Campaign Event. 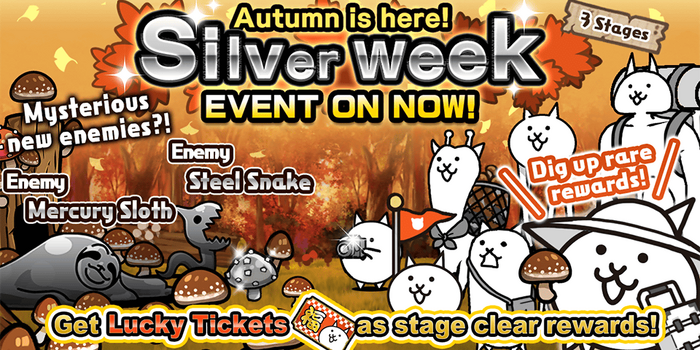 Silver Week is an event in The Battle Cats that is held annually during public holidays in Japan.

During this event, from the Stories of Legend menu, tap the "Start" button to see a new event chapter called Silver Week. This event introduces two new enemies: Steel Snake and Mercury Sloth. Upon completing these levels, the player will have a chance to receive many Lucky Tickets to spin the Lucky Cat Capsule.

*If the event does not appear, the player needs to update the game to the latest version

The Lucky Cat Capsule is held during this event. It contains many limited characters and items such battle items and XP. Lucky Tickets can be obtained by clearing the Golden Week stages mentioned above and by playing the Rare Cat Capsule (1 spin = 1 lucky ticket). 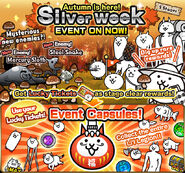 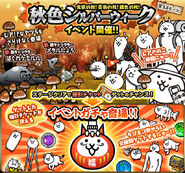 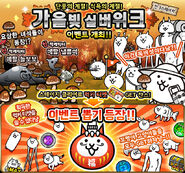 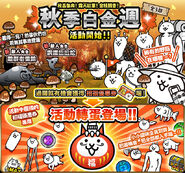 Event Poster (TW)
Add a photo to this gallery

Retrieved from "https://battle-cats.fandom.com/wiki/Silver_Week_(Celebration_Event)?oldid=484471"
Community content is available under CC-BY-SA unless otherwise noted.