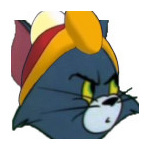 welcome to the void 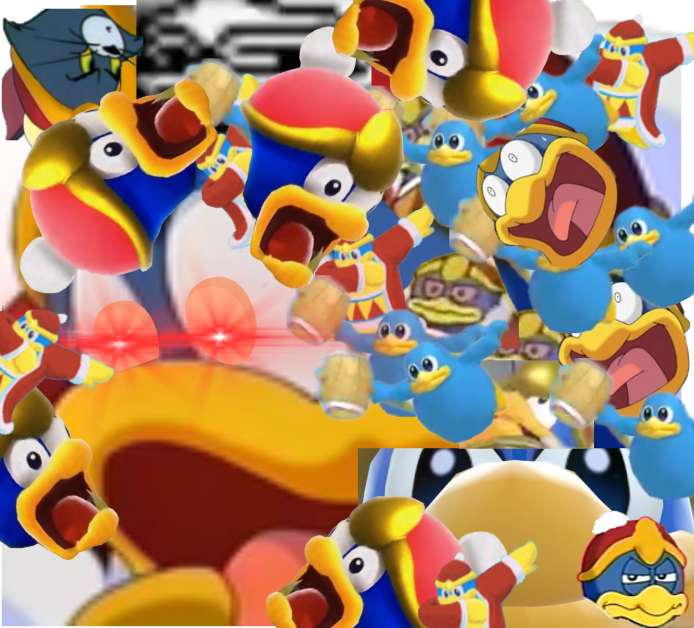 Honestly, that image alone should tell you who I am: a meme-loving egg who has a strange love for King Dedede. If you already knew that, well, congrats. You now have that image to remind you now.

However if you want to hear a bit more about myself, then you came to the right place.

While most of the time I'm usually a penguin-loving buffoon who's looking for some fun on the interwebs, I do understand the more darker side of life and humans as a whole. So let me make this clear, I'm all for fun and memes, but when the there is a bit more trouble or talk than usual, I will not be afraid to speak up and give my advice/thoughts/views. I'm no stranger to the cancers and toxicity of this world, and the BC Fandom is no stranger to this, so just know I am willing to be real for a while and talk a bit more serious about the situation at hand.

Never be fearful of talking with people, (most of the time, at least), perhaps you'll learn more than you thought. Most of the time I do play Devil's Advocate, it's better to see both sides that stick to one side stubbornly, after all, so I do sometimes look a bit more at things that others do, but like many I'm far from perfect and slip up at times.

I respect opinions, however, when your opinion is so skewered that it defies common sense, then that's when I'll start questioning your thought process. To hold on those skewered thoughts like a sanity blanket makes the situation even worse, as once someone closes the door of change, no one wins.

Sometimes, you need some fun in life, we all do, and I'm no different. I love good humor (pretty subjective there) and memes (the good ones, if you know what I mean), but that doesn't mean you shouldn't care what happens in the screen.

Never forget your morals, your empathy, and what makes you, you.

Basically anyone who can show respect, humor, and can be serious when the time is needed.

They can be whatever they want, fun, edgy, idiotic, but they must show at least some type of competence in terms of getting serious. They all should have basic knowledge of common sense and how far is too far.

People who either fail to acknowledge this or are too ignorant to care, I couldn't care less about them, maybe teach them something if they're asking for it maybe.

I guess the one that's my best friend here is Dreamy Cat . He's a great person, one that can joke around, but is actually one of the more serious guys around here. He does much more than me, in basically everything, so definitely give him the respect he deserves. Although sure, he has his flaws and is "different" if you must so call him that, but he still has his morals and does his best help the community out. (and sometimes, the best way to do so is by doing nothing at all). He's the first user that's brought me into this community, and he's just an all-around fun person to be with, not too serious and not stuff to the brim with memes.

Black Sun x also counts, hella chill, understandable and an excellent overall person to be with. Got humor and personality something that's always needed, but knows when get serious.

In general, what I hate most are ignorant children/adults who have a mouth as big as their ass. A nuisance to all, and someone you really want to shut down the chance you get to.

Both are just not fun to deal with or communicate with, blegh.

Thankfully, pretty much all of the ones who were once assbags on the wiki/discord are either gone, or are constantly being modderated on, so hopefully such people will decrease on the wiki. Discord( and Reddit) are another story.

That I will probably never read.

-Tackey: Personally, I think I'm a masochist, since it seems I enjoy getting destroyed by balls with spikes on them, both in BC and in Smash Bros. Tackey hits a certain spot in me, from his wacky mechanic of having an LD that's not his activation range (and not a gimmick boss), to his constant synergy with many bosses. It's not like he's difficult to take care of either, as his low health makes him vulnerable to tanky LD units and waves, unlike a certain someone that owes me an apology, and just wont die. He's cancer and a pain in the ass, but I love him for that.

-Express/Maglev/Bullet Train: Slick design, fast as f**k boi, and a godsend on basically any stage. Gives you more money and can pull its weight against bosses. Great for speedruns and essential for many loadouts. (Also Bullet Train has a rocket thruster on its back. How can I say no?)

-Razorback: Dreamy says it all. Best unit to fight if you're looking for a challenge. (if you aren't a wuss and use the False God)

Y'ALL FOOLS THINKING GAO OR JIZO ARE TOP TIERS

GET THIS WAIFU CRAP OUTTA ME GAME, THIS IS WHERE IT'S AT

-I enjoy memes, but over-saturation is never welcome.

-Battle Cats is a game about taking over the world and the timeline. It is not about flexing about your Ubers or how good you are

-Eat Spam Musubi. Trust me, you'll be able to play the game better

-King Dedede is my favorite video game character of all time

-I eat my vitamin gummies every day, like a good boy

-Everything I make is from Google Drive; no photoshop or any photo editing software

-I can't edit the big details, nor do I have the time to dedicate myself to actually looking for the stats n' stuff

ouch the edge (may be a bit offensive)

(Note: This section is part meme and more directed to "you-know-whos". Thus this most likely won't be applied to you. Perhaps view it as a sort of vent area where I can yell into the void and the idiocy that i've endured.)

Your opinion does not matter to this world. Only to yourself and a select amount of people. So stop trying to cram it up my ass.

Words hurt, you know, so it would be great for you to quit your finger pointing and know your place.

Your ego will be the death of you.

It's funny because you're anonymous and thus are above consequences.

You have eyes. Open them up and see the flaws in your actions.

This is a community. Not an elitism.

Let people enjoy themselves. Ruining their fun shows us that it's a thing you never got to experience.

Imagine boosting your ego using a game about cats. A video game at that.

"It's not about what you do to this world, it's the way you are able to accept the shit that it throws at you."

Retrieved from "https://battle-cats.fandom.com/wiki/User:2D.Bahamut?oldid=269392"
Community content is available under CC-BY-SA unless otherwise noted.