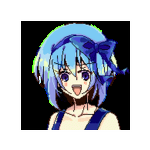 At Your Own Expense

I'm just someone who relies on the Battle Cats Wiki too much. I made an account to fix typos, bring outdated information up to speed, and (rarely) combat vandalism. I mostly just edit my own profile, though.

Besides the wiki, I used the Battle Cats Subreddit’s BCEN Uber Rare Tier List as a general guide for making informed Gacha choices. However, since the Tier List has gone dormant and doesn’t have an adequate successor, I have now turned to SilumanTomcat for his comprehensive Uber reviews. He also reviews non-Ubers/Legends and makes useful guides on levels, which is a huge plus.

I first learned about the Battle Cats from the Metal Slug Defense collaboration, but I only started playing it sometime after dropping MSD, after seeing my brother playing it and being drawn in by its charming style and sense of humor. My first Uber ever was the White Rabbit. My first good Uber (and second Uber ever) was Radiant Aphrodite. I also played Crash Fever during and after the collaboration with Battle Cats, but I ultimately went inactive after Omega difficultly and Raids were implemented because being unable to finish stages without specific units is really cheap. (That said, I’ll still brag about getting Megaphrodite, Kyo Kusanagi, Mai Shiranui, Laplace, and Galois...)

I play other games, too. RPGs are my go-to for having a good time, and my favorites to date are Fallout: New Vegas, Dragon’s Dogma: Dark Arisen, and Chrono Trigger. I also love Resident Evil 4, Metal Gear Solid 3, and classic platformers like Crash Bandicoot 1 & 2, and Spyro the Dragon 1, 2, & 3. When I’m in the mood for weeb sh*t, I‘ll play Yakuza or Hyperdimension Neptunia.

On my back burner: Epic Battle Fantasy 5, Bully

On Magia Record (NA), I go by Nathan and my ID is UkvjRt9S. My Support units are Ultimate Madoka (A Priceless Treasure MLB, Parting Ways MLB, That Which Connects Us MLB, A Perfect Photo of Us MLB), Uwasa Tsuruno (My Bible, Walking the Same Path, Is She An Angel?! MLB, Lightning Strike MLB), Nanaka Tokiwa (Where I Can See Everyone MLB, Onward to the Light! MLB, Past and Future MLB, Bearer of the Family Name), Sana Futaba (Ryushin-Ryu Assistant Instructor MLB, Sunlight Shining Down, Non-Stop Training MLB, After the Rain - Mito MLB), Iroha & Yachiyo Final Battle (I Made Friends!, Kyubey Knight Rides Forth MLB, I Won't Stray MLB, Reinforcements From Another Time), and Kanoko Yayoi (We Aren't Alone MLB, Blessed Wind Returns MAX, Dependable Negotiator, After the Rain - Leila MLB). By September 30, all my progress will have vanished into the ether.

I also have a Roblox account called NathanVenture, but I'm currently inactive.

My avatar is a sprite of Claire Elford from Witch’s Heart, a quality RPG Maker game series.

Bold indicates units which any particular player is unlikely to own. Bold italics indicate units which are also only obtainable during specific collaboration events.

1 of 4
Retrieved from "https://battle-cats.fandom.com/wiki/User:At_Your_Own_Expense?oldid=433047"
Community content is available under CC-BY-SA unless otherwise noted.