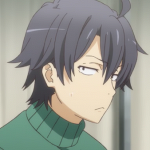 Hey there, I'm BattleCate, but just call me cate.

I used to edit here, but eventually I got bored and slacked off on the game itself and here. There's much more competent people here that can support the wiki now, so yeah. Unless there's something that bothers me, such as horrible grammar, I won't be editing.

so what do I do now?

Depression is something that comes and goes for me, so I'm trying to do my best and cope with it, because so far this year has been shit.

I make memes every now and then. I'm not consistent because I make them when I want lol.

and maybe some other servers.

where am I in the battle cats

Into the Future, chapters 1 and 2 have near full treasures. Chapter 3 I'm too lazy to farm so I do my best and uber carry myself. Yeah.

Stories of Legend: I'm on Subterranean Stalker. I'm too lazy to try.

other junk info about me

And yes, I did create the concept of the Archer Cat meme a while back.

I passed it onto the well-known nurse and well, it came out what it was supposed to be.

i got bored so here's my lore lol

Lore: where the heck did this guy come from

One day in 2012, I'm at my grandma's house, right? Typically a boring place. I decided to peek over at what my cousin was playing. I couldn't make out what the heck was happening, so I asked. He said the game was "Battle Cats" and so I downloaded it, as it looked very similar to another game I was playing at the time, Cartoon Wars 2. Similar gameplay, alright, and so I played and played. At the 2nd quarter of 2013, I have only made it to the end of chapter 2. That's also the time in which the original English Battle Cats was suspended, so I didn't bother finishing the game as there wouldn't be any updates. This is also the time I found the wiki, in which it was in a vandalized and incomplete state. I attempted to do things for it every now and then.

1 and 3/4ths of a year later, I was told once again by my cousin (yes, the same one who told me about the old Battle Cats) that Battle Cats was back again on the app store, going under "The Battle Cats." I immediately downloaded it.

how did you get some weaboo to notice you

A few weeks after downloaded it, I decided to check out some Japanese YouTubers who played BC. After lurking around Uriboten's channel, I ended up finding an actual English YouTuber (I'm sure you know who he/she/that person was) they seemed promising, so I just subbed to see if they would keep posting, and so they did.

I also read some comments through their videos. Turned out there was a subreddit for The Battle Cats. I never used Reddit before, so I created my account, using the most generic name combination ever. I helped out and stuff, and got some praise and stuff like that.

Then someone decided to create a guide for The Battle Cats, for all users alike. I offered to help, and I got to, well, help out. I guess I can thank the wiki, as I probably only got to edit due to my work on the wiki.

Alright, working working and working on the guide, then all of sudden that English YouTuber comes in. I don't remember what happened, but I was pretty surprised that someone I barely knew would come in and support us.

We chatted and stuff, and the person told me that they were creating an MLG parody of BC. That's where I contributed the worst meme of all time: Archer getting wrecked by the unit type he's strong against.

It spread, and eventually jumped onto it. People of course started to hate it as it was a troll to say that he's strong (but he's not)

and yeah. that's my lore.

Retrieved from "https://battle-cats.fandom.com/wiki/User:BattleCate?oldid=125726"
Community content is available under CC-BY-SA unless otherwise noted.