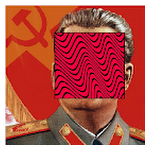 See here to know how to classify units
The classification represents what the unit does best
I don't always edit when I'm online. I have short bursts of activity throughout the day, usually chatting and sometimes editing pages. I mostly clean and add consistency between different pages. I may add strategies to certain stages, albeit I rarely make original strats. Since literally nobody changes the Gacha events on the main page, I'll do it myself.

These are my Milestones

Retrieved from "https://battle-cats.fandom.com/wiki/User:Deetusy3letus?oldid=453675"
Community content is available under CC-BY-SA unless otherwise noted.