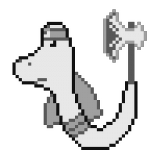 Hello, and welcome to my nerd cave. I'm a devoted member of Battle Cats wiki, and I like to hang around the forums. Day and night will pass, seasons will change, and continents will move, but I will stay editing.

Congratulations, you made it to the end. I just have one last thing to say. There was a time when I was pals with a Manic Macho Legs Cat. Then he *bleep* *bleep* *bleep*, and trust me when I say you'll never look at a shoe horn the same way again. I didn't even know that a cat's rear could be contorted in so many ways...

Retrieved from "https://battle-cats.fandom.com/wiki/User:Ethanlac?oldid=99862"
Community content is available under CC-BY-SA unless otherwise noted.