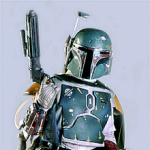 I have a discord server but it's private so piss off

This seems to be a thing so OK

SS: Ariel Ontiveros/Ariel Ontiveros Ortega: Great person, friendly funny and helpful. He is so much more but I don't have room lol

A: Dreamy Cat: I don't really know him too well, but from what I've seen, looks like a very helpful and resourceful person

Classikal3: Him and Puffer were some of the first people I interacted with on The Battle Cats Character Creator Wiki (a long name, I know) and he is both funny and friendly, Classikal is a person I haven't interacted with for a long time

B: NotNoob1: Funny and friendly, but hard to debate with because he has bad arguments

Cyclex: Don't know him that well so just putting him here, seems alright

Marcsalv1821: He has grown up a lot as of recent, just don't go to him for debates

Ka$aJ1zo: Someone I used to think was obnoxious, but it turns out I misjudged him. Quite funny and friendly, just don't talk about marc in his presence

LemonCakeDude: I have only ever won one debate against him, despite me being less experienced when I was debating him, that makes him an ace debater, so claps to him

C: The catguy1: Quite annoying and does absolutely nothing to help this wiki

D: 0w0shush: A little shithead who listens to no command and fucks everything up

Make sure to go to bed at 7:30 am and remember, I've got little birdey legs

Retrieved from "https://battle-cats.fandom.com/wiki/User:JTH_Studio?oldid=363797"
Community content is available under CC-BY-SA unless otherwise noted.