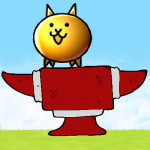 I'm 21 years old, Italian, female. I can also understand English (obviously), Spanish and some German. My activity rate varies a lot. That's all.

What I try to do here is: clean pages that are a mess of ubercarry strats or inconsistent formatting, provide uberless strats to deadly stages, add missing usage or appearence sections, put full stops at the end of senteces, update pages, help with the removal of useless redirects, fix links and more.

Ratings are based on my levels and cats and are obviously subjective, I would give different ratings if I had some alternatives to some units or if I had less luck with + levels on other units. For example, Thundia would be 1-2 ranks higher if I lacked anti-reds, while Cyborg would be 1-2 ranks lower if she was recently added, thus at level 30. Cat combos are also considered.

All unit names are those of the most advanced version I have for them.

Ubers who's name is Bold have been my "uber of the week" in their current form, meaning that they have been used and tested extensively.

I wanted to try out this awesome game in a different way, with other cats etc, so I made this, but also to improve the pages for some SOL stages as I go trought them (which is something I did not do). Date of creation: 18/07/2018 or so.

Ratings are based on my levels and cats (or what I know from my main account) and are obviously subjective, I would give different ratings if I had some alternatives to some units or if I had less luck with + levels on other units. The rating of units below lvl. 30, and only those, refers to them as if they were at level 30 without true form.

All unit names are those of the most advanced version I have for them.

Best uber or legend from (almost) each set:

Worst uber or legend from (almost) each set:

I never make strats with ubers, as I share this wiki's "ideology" on the matter. I am, however, not at all against playing with excessive ubercarry; you play games to have fun, yet I've heard that some people will hate you or call you a noob if you use your ubers, which is stupid.

I am starting to get annoyed at PONOS for not adding any talents anymore.

If, in places like this wiki, there are people who like to go retard mode and start to insult people for no reason or do things that irritate others for the heck of it, I believe it's best to just ignore them. You are the one who gives weight to others' words, not those who write them, if someone writes dumb stuff and you join them, I will not see you as any better.

I do not like mobile games, I am fed up with all those pay to win, watch ads to get stuff or shameless works of plagiarism, there may be some good ones that I do not know about, but this seems to be the norm. I must give props to PONOS, for having made this game they way they did, in terms of ads and payment options, and for putting so much love in their game. I never spent any money on this game, yet I am not forced to give up on the best units, nor am I forced to advance at a snail's pace; the simple fact that I felt the need to write this should say a lot.

I dislike the idea of using exploits such as "seed seeking" or "save scumming", as it is cheating and I believe it would remove all the fun. I don't, however, see it as bad, nor will I judge or criticize those who use such things.

Why is it neccessary to always say "in my opinion"? Why is it so hard for poeple to just assume that what others say is an opinion by default?

Why do users like to talk badly about people on their profiles? Isn't it better to talk to people directly if you have problems with them, or not addressing such problems if they are minor things? I'm not that bothered by it, I just don't get it.

I dislike any and all memes.

Retrieved from "https://battle-cats.fandom.com/wiki/User:Red_anvil?oldid=406038"
Community content is available under CC-BY-SA unless otherwise noted.