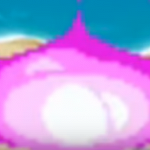 One of the most unique stages on the entire game, including unique Boss, unique music, unique background and unique base look.

Can't do much here and it is the most energy wasting stage in Legend Stages but i like the mechanic of the stage.

A really good stage with a good mix of traited enemies. I use this stage to test my Ubers.

Boring. But i use it to test my units' stats and to do stacks.

Awesome stage, i love fighting those who i defeated earlier but came back at level 1200 (?) to take revenge.

Enemies I Hate The Most

1 KB + High Health + Weaken + Insane DPS + Revive Ability = This Monstrosity. It's just an extremely annoying enemy, specialy in Stories of Legend where it gets a very high buff and appears in swarms. It has too high stats for a peon.

For a zombie, it can destroy all of your cats in seconds with his extreme DPS and Freeze ability, combined with his long burry, he can make you lose very easily without the correct units.

First time, it wasn't a problem, but now it became a terrifying support enemy with huge damage. Being my Talented Pizza Cat the only one in my army that can take him down, i gonna time him very well to avoid him from being knockbacked (Pizza Cat's speed is slow enough for allowing Tackey to keep knocking him back) which turns him into a very dangerous enemy for me.

Retrieved from "https://battle-cats.fandom.com/wiki/User:ShockwaverClass?oldid=398535"
Community content is available under CC-BY-SA unless otherwise noted.