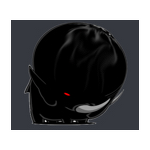 Achievements in the Game

Beat all of 1-Star SoL

Beat all of 2-Star SoL

Beat all of 3-Star SoL

4-Starred SoL levels from "The Legend Begins all the way to "Ends of the Earth"(I beat all current 4-Star for 9.6)

Got all Awakened Li'l Cats

Beat all Deadly Advent Stages and their Revenge Stages

Got all Awakened SoL Legends and got Slapstick Cats and Ultra Delinquent (Took a hell of a time farming for Elder Fruit but it's worth it.)

Some things about Me...

I am mostly dead to the wiki. (I shall rest in pepperonis)

If you judge it from my Username, I was from Clash Royale Wikia.

Growing Strange: The Fact I can only beat the Black, Floating, and Zombie 2nd lvls make it difficult for me to farm Elder Catfruit. No longer a problem to me due to nerfs and me obtaining Chronos. Still hate it due to bad memories.

No Return Flights : I do not need to explain myself on this one.

Caliban's Keeper : Buffed R.Ost is always a pain to deal with for one who doesn't have Shadow Gao. Henry just makes it worse.

Leaky Tunnel : Stupid level with three Project A.s, some 200% Tackeys, and a Croakley. Doge Darks get in the way of your rushers. It's a joke once u got all Starred Alien Gem Treasures in CotC Chapters 1 and 2. But back when CotC Ch.2 wasn't out yet, this level was cancer.

Boiling Spring: If you lack a strong Anti-Red Uber, then you'll be in for a bad time here. I literally struggled to beat this in 1-Star to 3-Star. I get Ice Cat after beating this 3-Star(RNG being a bitch to me)

March to Death: Clash of Steel + Daboo. Seriously, who's the drug user who designed this horseshit!?

Floor 43: You have no money so you have to use Rich Cat. Even that may not help you since Dread Bore just spawns so early, giving you little time to build a proc stack against it.

Retrieved from "https://battle-cats.fandom.com/wiki/User:SomeRandomGiantUser?oldid=444644"
Community content is available under CC-BY-SA unless otherwise noted.