Wave Attacks (also known as Waves or Shockwaves) are a Special Ability in The Battle Cats. They can be created by certain Cat Units and Enemy Units at a set chance.

Wave Attacks hit all enemies/cats in their range, but don't affect bases. The damage done by Wave Attacks is the same as a normal attack from their creator. Wave Attacks will retain any special ability/effect that the original attack had.

Mini-Wave is an ability introduced in Version 10.1. Smaller and weaker than Wave Attacks, Mini-Waves deal only 20% of their creator's attack power, and move at twice the speed of normal Waves. Unlike Surges, Mini-Waves are counted as the same effect as Wave Attacks, meaning they are resisted by anti-Wave units all the same. 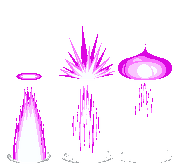 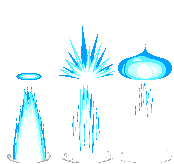 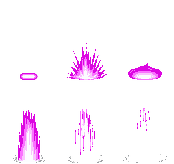 Sprites of a Cat Unit's Mini-Wave 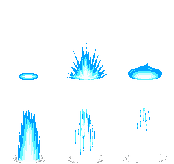 Sprites of an Enemy Unit's Mini-Wave
Community content is available under CC-BY-SA unless otherwise noted.
Advertisement